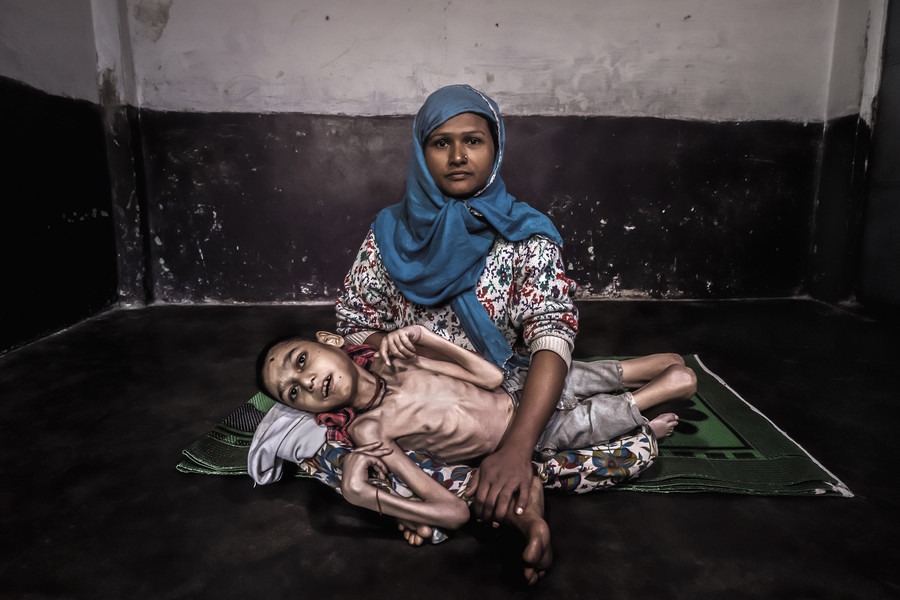 The 1984 Union Carbide gas tragedy in Bhopal, India killed an estimated 15,000 people. The original site of the pesticide plant remains one of the world's most toxic places. Thousands of families have, for decades, been using water contaminated with poisonous chemicals leading to serious illnesses including cancer and birth defects. The parent company of Union Carbide, U.S.-based Dow Chemical, has evaded the Indian courts and the ongoing legal process since 2001. This photograph depicts 16 year old Sameer Hasan at home with his mother. Sameer was born to parents contaminated by a carcinogenic and mutagenic water supply caused by the Union Carbide disaster.

The Allard Prize Photography Competition jury selected this photograph as it demonstrates the importance of the rule of law and the urgent need to protect the environment and regulate the production and labour practices of multinational corporations.

Giles Clarke is an award winning photojournalist with Getty Images Reportage. He is based in New York City.