Through My Own Lens 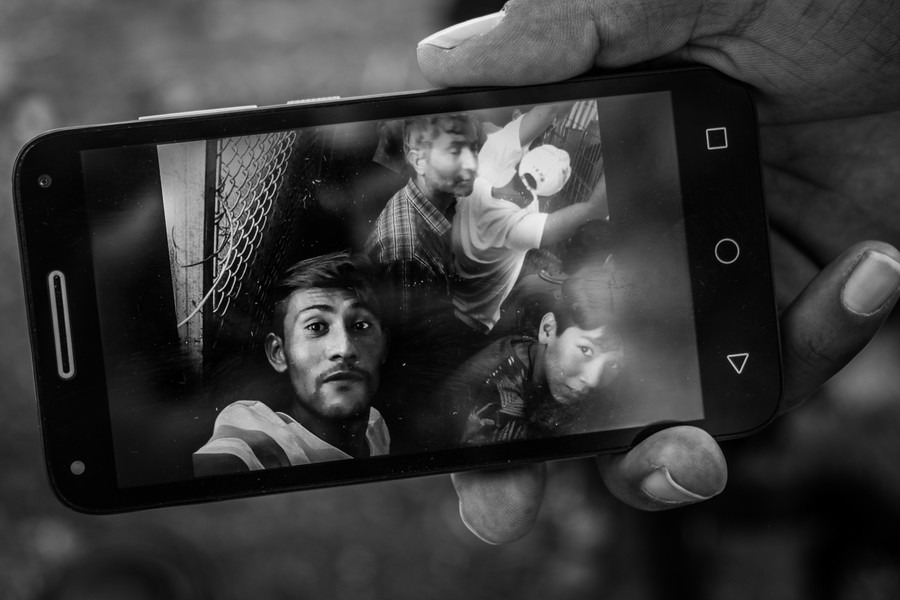 Through My Own Lens

Image from Greece, by Massimo Barberio

Namatullah shows a selfie he took while waiting in the hours-long food line in the Moria refugee camp on the island of Lesbos in Greece. Self-representation of refugees via these images is rarely included in the media. Refugees who have smartphones are sometimes criticized by those who deem them unnecessary luxuries, but these devices can be lifelines for those seeking asylum far from their loved ones.

In September 2018, the population of the Moria camp had reached over 9000 people, three times its capacity. Médecins Sans Frontières (MSF) teams are witnessing an unprecedented health and mental health emergency amongst the men, women and especially children in the camp, and are calling for emergency evacuation of all vulnerable people to safe accommodation on the Greek mainland and other European Union countries.

Massimo Barberio’s works have been shown widely all over the world, winning many awards and honorable mentions. He currently resides in the South of Italy.