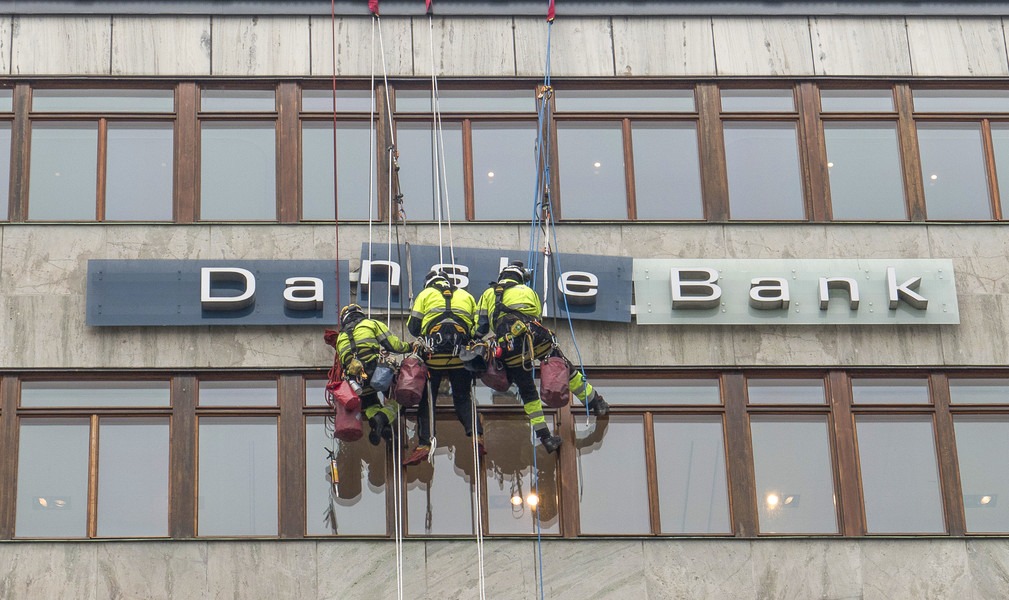 Image from Sweden, by Leif Blom

In this photograph, three workers make repairs to a sign at Danske Bank, Denmark’s largest financial institution. Since August 2018, Danske Bank has been at the centre of a money laundering investigation related to transactions at its Estonia branch. Two hundred billion Euros are alleged to have flowed through the branch from suspicious sources, largely shell companies with no clear beneficial owners, between 2007 and 2015. Nearly half of these payments originated in Russia and Estonia, and Latvia, the UK and Cyprus were also significant sources. As of December 2018, preliminary money-laundering charges were filed against the bank for alleged violations of Denmark’s anti-money laundering law.

This image serves as a reminder that, while strong democracies such as Denmark are perceived to be low in corruption, their institutions can be used to facilitate corrupt acts.

Leif Blom has been making photographs since his early teens. He co-founded the TT picture agency in the early 1980s with graphic editor and writer Stieg Larsson, and now works at TT as the international picture editor.