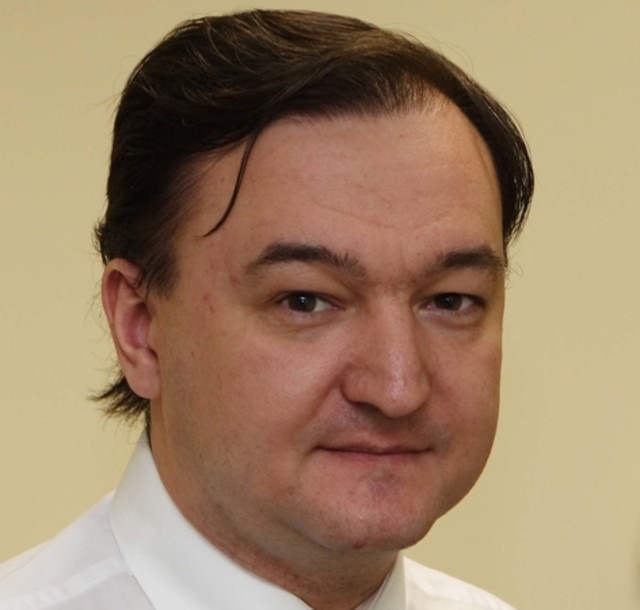 After exposing a $230 million tax fraud involving organized criminal groups working with Russian police and other government officials, Sergei Magnitsky was arrested and imprisoned for over 11 months in pre-trial detention. His arrest and subsequent in-prison death garnered the attention of international government bodies, parliaments and human rights organizations. Mr. Magnitsky uncovered the tax fraud while working for a Moscow-based law firm. The grounds for which he was arrested were fabricated in order to halt further investigation into the fraud case which he had uncovered and exposed.

In 2009, after nearly one year in prison, during which time he was tortured to retract his testimonies, Mr. Magnitsky developed health complications for which he was given inadequate medical treatment and he finally died at the age of 37 after having been beaten by riot police with rubber batons.

This incident brought international attention to corruption and human rights violations in Russia and resulted in the adoption of the Magnitsky Act by the US Congress in 2012. The Magnitsky Act enables the US to withhold visas and freeze financial assets of Russian officials thought to have been involved in the financial crimes which Magnitsky exposed, as well as those involved in his false arrest, torture and death in custody.

If Mr. Magnitsky was with us today, how do you think he would have responded to this recognition?

(Comments provided on behalf of the Magnitsky family)

Sergei would have been so proud and humbled by this nomination. He always strived to live his life in the best possible way, with honesty and integrity. Six years after his untimely and heartbreaking death, it is awards such as this that keep Sergei’s memory alive. Being nominated for the Allard Prize gives his whole family a huge sense of pride and once again asserts that his life was not sacrificed in vain. Our whole family is immensely grateful for the attention this award will give to the global Magnitsky justice campaign which emerged from our tragedy.

Why do you think Mr. Magnitsky did what he did?

(Comments provided on behalf of the Magnitsky family)

Sergei was so outraged by the theft of $230 million dollars of taxes which should have gone to state recipients like pensioners, schools, the disabled, and hospitals, that he stood up in the belief that truth and justice would prevail. Others might have backed down in the face of the immense pressure he was subjected to, but he did not. That would have meant compromising his own integrity and sense of honesty and he could never do that. He believed that he was acting for the greater good of his country and fellow citizens. He wanted to be a shining example to his colleagues, friends and family.