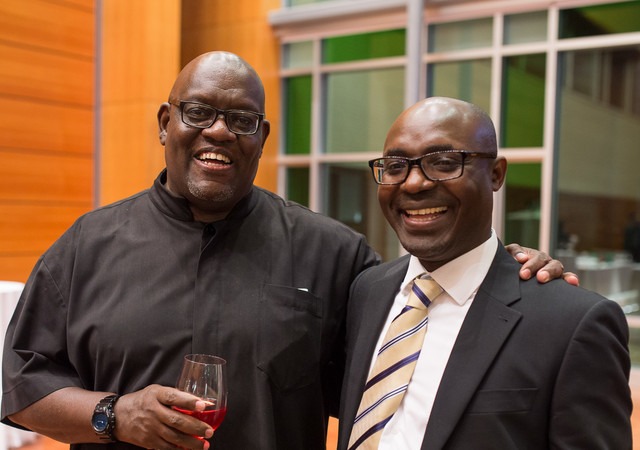 His fight against corruption and towards political transparency in Kenya has made international headlines and has garnered the attention of world leaders. In 2004, John Githongo was responsible for exposing a $1 billion corruption scandal within the very administration that had hired him to serve as their permanent secretary for government and ethics. The scandal implicated former Kenyan president Mwai Kibaki and several senior politicians. Fearing for his safety, this courageous leader and former correspondent for the Economist ultimately resigned from the president’s office and moved to the United Kingdom, where he lived in exile.

In 2008, Mr. Githongo returned to Kenya and founded Inuka Kenya Trust, a grassroots advocacy group aimed at creating an informed citizenry. The organization works with Kenyan youth to provide civic education and address societal problems. His anti-corruption advocacy also led to the launching of a campaign called Kenya Ni Yetu (Kenya is Ours). The campaign mobilizes ordinary people to speak up against corruption, impunity and injustice.

“Being selected as a finalist for the Allard Prize is a humbling honour. In my community we have a saying, "Ciamuingi ikuuaguo na mugoto" - the public's concerns are carried using the dried strands of banana leaves. This is because they are always heavy and the task of carrying them thankless. Dried banana leaf strands break easily and ensure the load - because the public load is always heavy - doesn't injure your back. That the Allard Prize exists demonstrates recognition of the importance of service delivered wholeheartedly unencumbered by self-interest.”

“Ordinary citizens don't allow me any other vocation! I am the happy hostage in this sense. There is no worse theft than that of a people's dreams. It leaves in their place apathy, cynicism, self-destructive anger and despondency. There is no greater joy, privilege and honour than watching the sparkle in the eye of an individual who has realized they have been served. In turn, nothing gives me greater joy than being treated with dignity and honesty in the performance of a public service in particular.”

Prominent Angola-based journalist and human rights activist, Rafael Marques De Morais has dedicated his career to exposing corruption in his home country. In 1999, De Morais was arrested and charged with abuse of the press for an article he published that criticized Angolan president José Eduardo dos Santos, who claimed “injury” over the piece. The article, published in the weekly magazine Angola, pointed to the president as destroying Angola and promoting “incompetence, embezzlement and corruption as political and social values".De Morais was held in prison for forty days without charges and was not permitted to contact his family or lawyer.

Ultimately, he was found guilty and sentenced to six months’ imprisonment. After much pressure and support from international organizations, including the Open Society Institute and the U.S.-based Committee to Protect Journalists, the Supreme Court changed De Morais’ sentence to a suspended sentence.

Most recently, Mr. Marques De Morais has been the subject of a defamation lawsuit resulting from his 2011 book, Blood Diamonds: Corruption and Torture in Angola. The book describes the killing and terrorizing of villagers by private security companies and Angolan military officials in the diamond fields of the Lundas region.

Despite threats to his life, lawsuits and an unjust prison detainment, De Morais continues to write extensively on the trade of conflict diamonds, army brutality and corruption in the oil industry in Angola. In 2008, he founded Maka Angola – an anti-corruption watchdog, through which he has become the authoritative voice on corruption in his country.

“It is a boost for my work, and an important break in my isolation and regular harassment. It also provides a ray of hope for Angolans who believe in the importance of exposing corruption as a criminal offense and the main scourge of society.”

“I have a dream too:  I would like to bear witness and contribute to the sustainable human development of my fellow countrymen and countrywomen. Nature has blessed us with a beautiful country and such cheerful people, but bad governance and corruption keep undermining the future of both.”