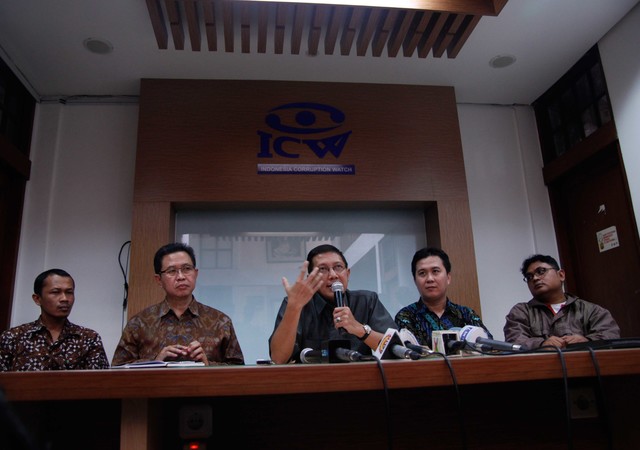 In a country where political and judicial corruption makes daily headlines, organizations like Indonesia Corruption Watch (ICW) have been critical in providing political pressure for policy reform, transparency, and accountability of government.

Since its inception in 1998, ICW has been focused on bringing cases of corruption to law enforcement agencies, monitoring campaign and political finance spending in national and local elections and pushing for improved anti-corruption laws such as the Freedom of Information Act, the Whistleblower Protection Act, Anti-corruption Act and Election Act.

Using research and evidence-based advocacy, ICW has brought incidences of corruption to the limelight – sometimes at great personal risk. In 2009, ICW researchers Emerson Yuntho and Illian Deta Arta Sari uncovered a sizable discrepancy in the amount of revenue recovered by the Attorney General’s Office in corruption trials and the amount the AGO deposited into government accounts.

Shortly after these findings became public, the AGO charged Yuntho and Sari with defamation under an Indonesian law that makes it illegal to insult a government institution. The charge carries a maximum penalty of 18 months in prison. Public pressure helped in halting the arrest of the two researchers, although the charges were never formally dropped.

Through rigorous research, outspoken leadership, and personal courage, ICW has played an important role in pushing forward the difficult but essential progress towards accountability in Indonesia.

“The anti-corruption movement in Indonesia is facing difficult times due to political and judicial pressure. The recognition of our work is a reminder for us that we are not alone in fighting corruption. We hope that this award will introduce ICW's work to others around the world that are also struggling to create integrity within their society, so that we can work hand in hand for a better world.”

What inspires you to do the work you do?

“Corruption makes people suffer. It is the root of development problems. Development efforts to alleviate the disadvantaged such as the poor, the disabled, women and children have not reached their goals due to corruption. The authorities steal development funds for their own interest. Therefore, ICW focuses its work on research, investigations and campaigns and provides civil society with the capacity to participate in public decision-making processes and monitor the transparency and accountability of development implementation. ICW works to make the peoples’ voice heard by the decision maker.”