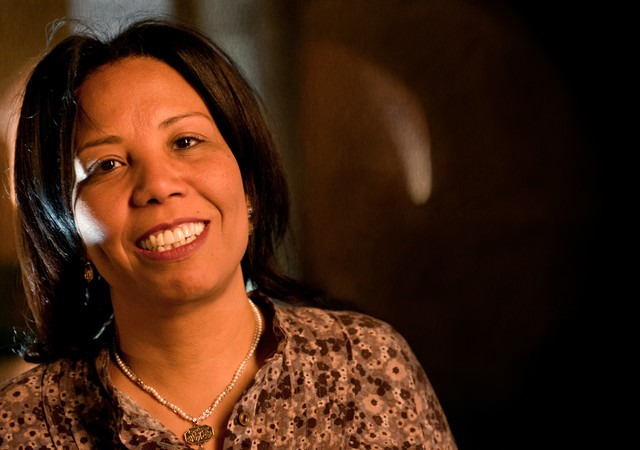 Over the past 25 years, Azza Soliman has dedicated her life to battling corruption and injustice faced by Egyptian women. The prominent women’s rights lawyer has fought for the inclusion of women in political, economic, and social activities, focusing on both the private sphere and the judicial system. As co-founder and current trustee of the Centre for Egyptian Women’s Legal Assistance (CEWLA), she has operated numerous campaigns to promote gender equality through legislative reform and raising awareness of women’s issues in Egypt.

Azza has advocated for women since her politically active days in university, where she studied how fatwas contributed to perpetuating violence against women in Egyptian culture. Since then, she has worked extensively to implement training and legal-awareness programs on gender equality and conduct studies on subjects such as violence against women, honour crimes, marital rape, women’s right to divorce, and Egypt’s personal status laws.

Because of her work, Azza has faced judicial harassment from an Egyptian government resistant to the missions of NGOs such as CEWLA. In 2015, Azza was unjustly charged with unauthorized protest and public order violations after testifying against a policeman whom she witnessed killing a female human rights defender during a protest. Continuing the Egyptian government’s crackdown on civil society, Azza’s private assets were frozen and she was arrested and interrogated about human rights NGO funding in December 2016. She was released on bail, but still faces ongoing government scrutiny as the public face of women’s rights in Egypt.

As a PILnet (the Global Network for Public Interest Law) International Fellow, Azza is developing a project to expand access to legal services for marginalized communities in Egypt. She has also created the Religious Reform & Renewal Forum (RRRF) for social scientists, lawyers, politicians, and religious leaders to discuss relevant issues and causes related to women in Islam.

To date, Azza has influenced a number of laws in Egypt, including providing rights for children born out of wedlock and including the mother’s name on all birth certificates. She was also the first to propose a civil law governing divorce, inheritance, and custody -- among other rights for both Muslims and Christians -- and the Nationality Law for Egyptian women married to non-Egyptians. A tireless advocate for women’s access to justice, Azza continues to serve some of the most economically and politically marginalized women involved in the Egyptian judicial system.

"Being nominated as a finalist for the Allard Prize makes me have a lot of gratitude as well as feel appreciated and motivated. I have been living under oppression in Egypt, which has specially intensified in the past three years. I feel that my nomination is a conformation that my work is acknowledged and needed. Moreover, it reminds me that there is spark of hope in this darkness. It also shows that more people are aware of the oppression that women human rights defenders (WHRDs) are facing in this part of the world. During the last three years, I received messages from many people telling me that I, Azza, am not alone in this fight. Having wide support makes me feel safer in this ugly, scary and tiring fight against an authoritarian regime, which sometimes changes its ways under international pressure. When I was arrested by the police last year, it was national and international pressure that helped me regain my freedom despite the fact that I was released on bail and that I am still among a list of of human rights defenders who risk receiving a life sentence in prison at any moment."

"What is most inspiring in my work is when I’m able to help marginalised women regain their rights. To see their happiness when we succeed in empowering them and the impact of these victories, even the small ones, on their lives. I’m talking about basic rights:  safety, freedom and equality. I see my work growing; the women I helped yesterday are helping other women today. We are speaking of survivors of different kinds of violence -- whether domestic, political, social, cultural, religious or economic -- [who help] other women survive. They give me hope, hope of a future which is more fair and just. I have a dream; to build an Egypt where there is rule of law. I dream of changing our culture and religious discourse to stop the oppression of women. Together with other resilient and brave women, we shall achieve this dream despite the hardships we are facing today."