Protest Has a Woman's Face 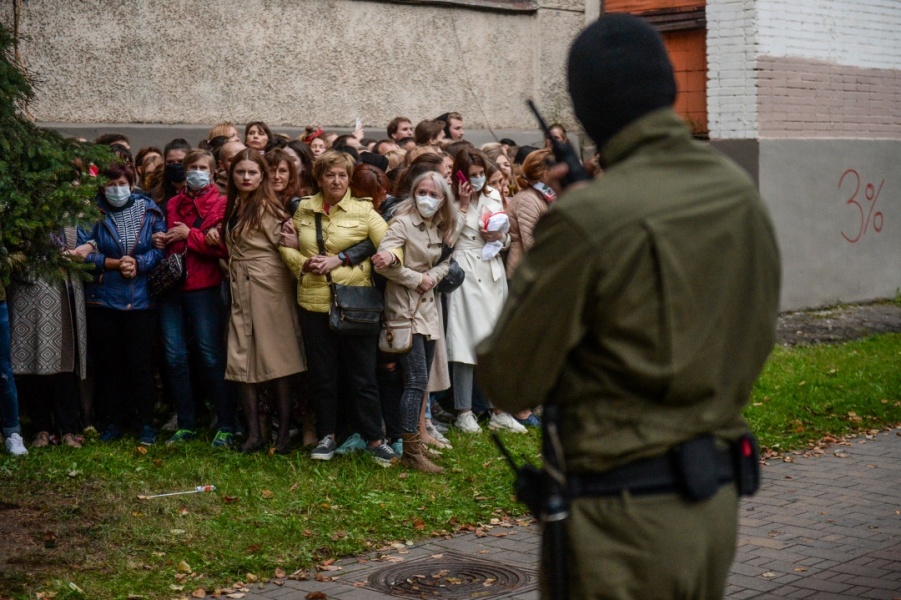 Protest Has a Woman's Face

When they witness individual protestors being dragged into vans, these women in Belarus link arms to resist being detained by unmarked, masked security forces. This happened during a wave of demonstrations against Alexander Lukashenko’s handling of the August 2020 election, including announcing that he had won a 6th term as President immediately after the polls closed. After the election, opposition members joined forces to challenge the results and hold the government accountable, creating the Coordination Council. The women had been marching in solidarity with the Council’s Maria Kolesnikova.

Trying to stem the waves of protests, police have responded with an unprecedented wave of violence, including the arbitrary detention of more than 25,000 people. The office of the UN High Commissioner for Human Rights stated that they had “witnessed thousands of arrests, hundreds of reports of torture and other ill-treatment, including sexual violence and the reported torture of children. The violent abduction of people [has occurred] in broad daylight by masked individuals, presumably on the basis of their peacefully expressed opinions.” The UN Special Rapporteur on the situation of human rights defenders, Mary Lawlor, drew further attention to the fact “women human rights defenders are being particularly targeted” by the government’s crackdowns.