A Prayer for Freedom 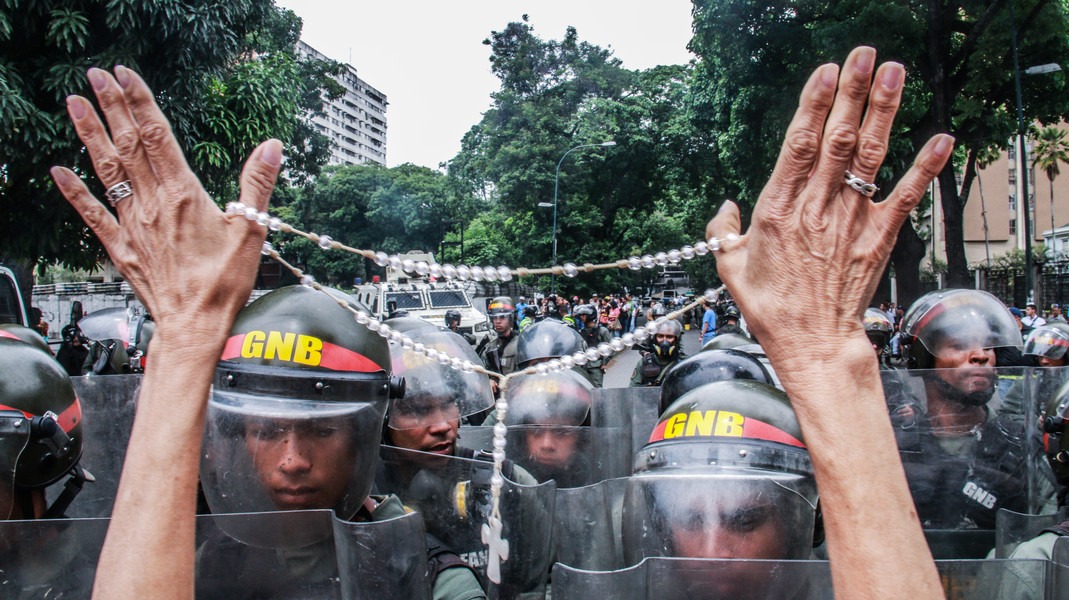 A Prayer for Freedom

Image from Venezuela, by Fabiana Rondón

A demonstrator holds up a rosary in front of the Bolivarian National Guard during an anti-government protest in 2017. Devout Catholics from Venezuela’s deeply religious population were among the citizens who joined the movement against Nicolás Maduro’s increasingly authoritarian government. Anti-government demonstrations and other forms of political opposition have been brutally repressed. More than 120 people were killed and about 5,000 arrested in connection to the 2017 protests and hundreds of civilians have been prosecuted in military courts for exercising their rights to freedom of expression and assembly.

Venezuela’s political, humanitarian and human rights crises continued its downward spiral into 2018, when the UN reported on extrajudicial killings by government security forces, calling the rule of law “virtually absent” in the country.

Fabiana Rondón is a war reporter and documentarian capturing images of the ongoing crisis in Venezuela. The subject matter of her audiovisual work includes the food crisis, the deterioration of hospitals and police brutality.