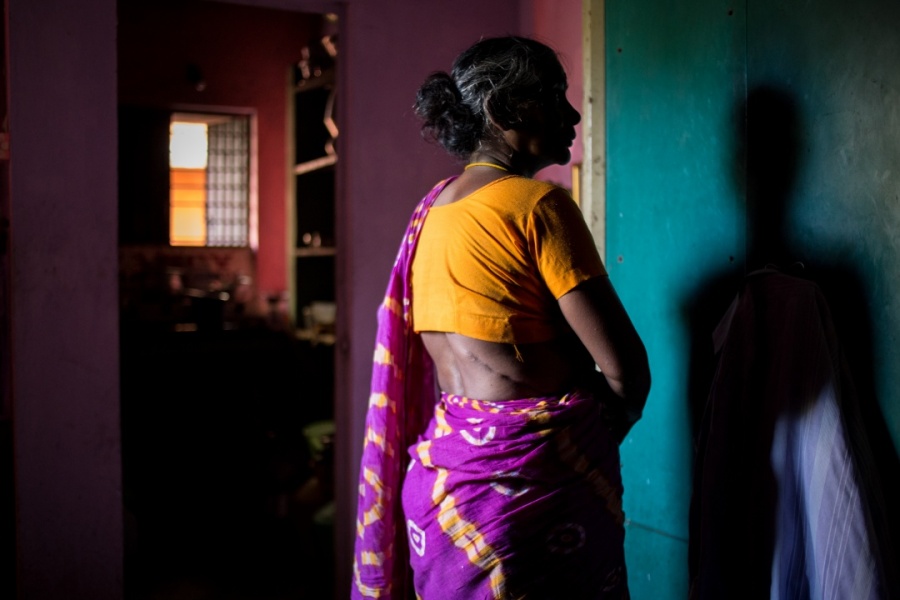 Dayvi *, lives in Chennai in South India. She sold her kidney in 2016 for about 1 lakh rupees (US$1,400); her kidney was later sold on the black market. She was flown to a surgical centre in Sri Lanka where it was cheaper to remove her kidney. Dayvi has not seen a doctor since the operation, and three years later she is in constant pain and cannot work or lift heavy weights.

The World Health Organization (WHO) estimates that, around the world, an organ is sold every hour, and kidneys comprise an estimated 75% of the black market in human organs and an estimated 5-10% of all kidney transplants. In India alone, 150,000-200,000 people are on the waiting list for a kidney transplant, but less than 4% ultimately receive one. South Asia is the centre of black market organ transplants, where more than 2,000 Indians sell their kidneys annually. Kidney donors – especially those in developing countries – often do so out of desperation and extreme poverty. While kidney donation can be done safely, many donors in the black market are not treated according to best practices. Reports by the WHO show that black market donors have lower survival rates, and the majority of donors live with ongoing complications that negatively impact their day-to-day lives.