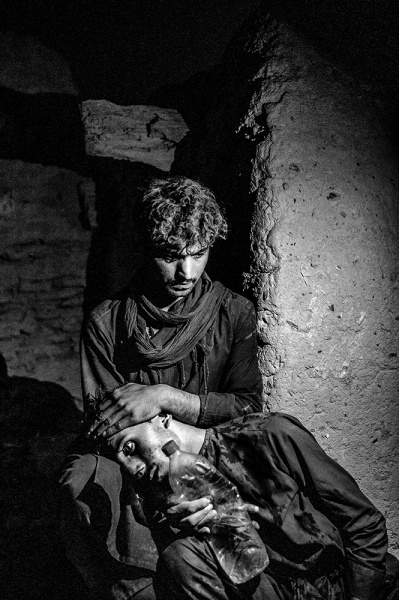 Refugees started fleeing Afghanistan more than forty years ago after the Soviet invasion, but as the violence continued and then worsened, refugees and internally displaced persons (IDPs) are hesitant to resettle. Since 2001, an estimated 43,000 civilians have been killed directly by the conflict, and many more have died as a result of the destruction of critical infrastructure and widespread poverty.

Iran hosts an estimated 3 million of these refugees, the second largest population of Afghan refugees in the world. Iran has been praised for its treatment of the 1 million documented Afghan refugees, but the unregistered live under constant threat of deportation. Unable to access essential services including health care and education, many live in poverty and are vulnerable to exploitation by traffickers, armed groups, and criminal organizations. Their children are especially at risk; trafficked children are forced to beg on the street or work in construction or manufacturing jobs, often suffering physical and sexual abuse from their captors. Young boys have also forcibly conscripted or coerced into joining paramilitary groups that are sent to fight in Syria. These young soldiers are often used tactically as first-wave infantry, suffering heavy casualties. Despite these risks, many refugees prefer to stay in Iran, risking deportation and abuse rather than return to the destruction and violence that awaits them in Afghanistan.