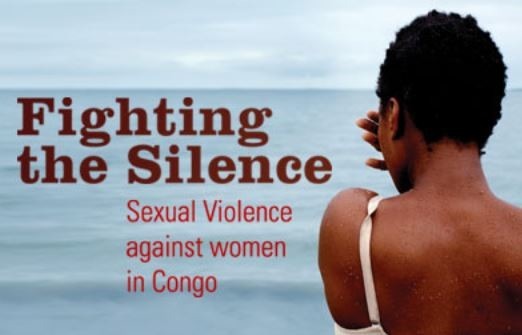 Please join us for a film screening and panel discussion on combatting crimes of sexual violence, featuring ‘Fighting the Silence,’ a globally acclaimed documentary about sexual violence against women in the Democratic Republic of Congo.

“Fighting the Silence,' produced by IFProductions, tells the story of ordinary Congolese women and men who are struggling to change their society. Rape survivors and their families speak out openly about the suffering they endured because their culture considers women second class citizens and rape a taboo. The Vancouver screening is the final stop in IFProductions' Canadian debut tour, following screenings in Montreal, Ottawa, and Toronto.

The panel discussion following the screening will focus on issues raised by the film and address the broader context of seeking accountability for crimes of sexual violence, both domestically and internationally.

This is a free event, open to all.

To access the Robson Square’s underground parking, travel to the corner of Howe Street and Nelson Street. Once in the lot, follow the directional signs to the UBC Robson Square parking area.

The Translink web site allows you to plan your trip via transit to UBC from any Lower Mainland location.

This event is co-hosted by the Allard Prize for International Integrity and The Center for Feminist Legal Studies at the Peter A. Allard School of Law, UBC.

Special thanks to the following institutions and individuals for assisting with this event: