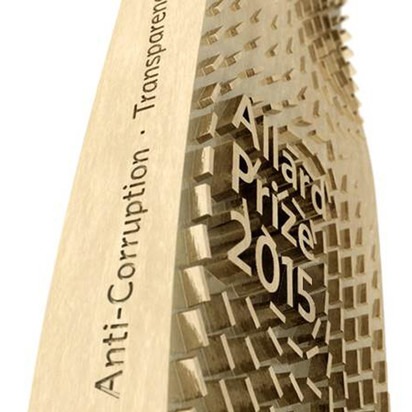 The award ceremony for the $100,000 Allard Prize for International Integrity is the premier event of UBC's Centennial. The 2015 finalists are:

(Learn more about the finalists)

The Allard Prize award ceremony will include the conferral of an Honorary Degree upon, and a keynote address by, Lieutenant-General, the Honourable Roméo Dallaire (Ret'd).

“Are all humans human…or are some more human than others? Now is the time to take up the cause of the advancement of human rights for all and the moment is yours to grasp.”

The Hon. Lt. Gen. Roméo Dallaire (Ret) is a true hero and an outspoken leader for the 21st century.

A decorated Lieutenant General, Dallaire served 35 years with the Canadian Armed Forces. His best-selling book, Shake Hands With the Devil, is a stirring account of his experience as the Force Commander of the United Nations Assistance Mission to Rwanda, which exposes the failures of the international community to stop the worst genocide in the 20th century. The book was released as a full-length feature film Shake Hands With the Devil – The Journey of Roméo Dallaire and won an Emmy Award for Best Documentary.

In 2014, Dallaire resigned from the Canadian Senate where he had been serving since being appointed by former Prime Minister Paul Martin in 2005.

Dallaire’s story shares the most extreme results of being given responsibility without authority. He was limited by immovable parameters, overseen by an organization that didn’t fully support the mission, and put into situations that forced him to question ethics every step of the way.

Dallaire’s presentations discuss leadership and conflict resolution, illustrated with stories of his own experiences. He inspires listeners to address the ethical and moral issues in conflicts and insists that governments put humanity above political and economic interests.