The Mountain that Eats Men 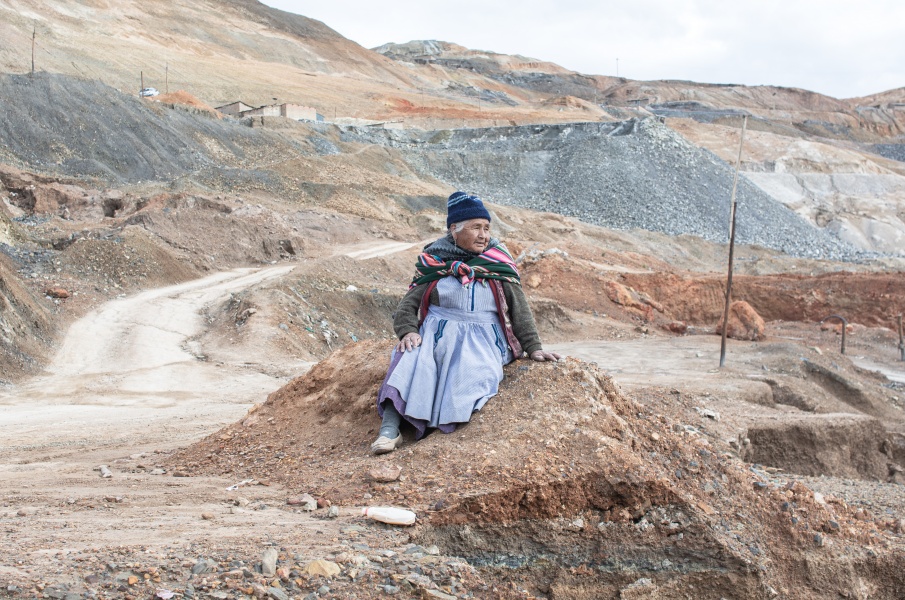 The Mountain that Eats Men

In the Andes mountains, 4000 metres above sea level, a woman overlooks a silver mining site of Cerro Potosí, Bolivia, an endangered World Heritage site. The mountain, also known as Cerro Rico (Rich Mountain) was first exploited by Spanish colonists in 1545, who used forced labourers from Peru and Africa to extract silver from the mines.  The high fatality rates of these labourers earned Cerro Potosí a second nickname: “The Mountain that Eats Men.”

Despite continued risks, Cerro Potosí is still mined centuries later by an estimated 15,000 miners working for small family-run companies. While the mines previously brought wealth and prosperity, current extraction rates of tin, zinc, and trace amounts of silver now provide only subsistence living. Cerro Potosí miners, on average, die before they turn 40 due to the numerous hazards of working in the mines. Most miners suffer from long-term incurable respiratory problems, including diseases such as silicosis.

The centuries of mining have also compromised the very mountain itself.  Hundreds of miles of tunnels have caused the upper cone of the mountain to collapse, with other cave-ins and mine collapses increasing in frequency. The Bolivian government has attempted to shut down the most dangerous Cerro Potosí mines, but local miners have resisted.