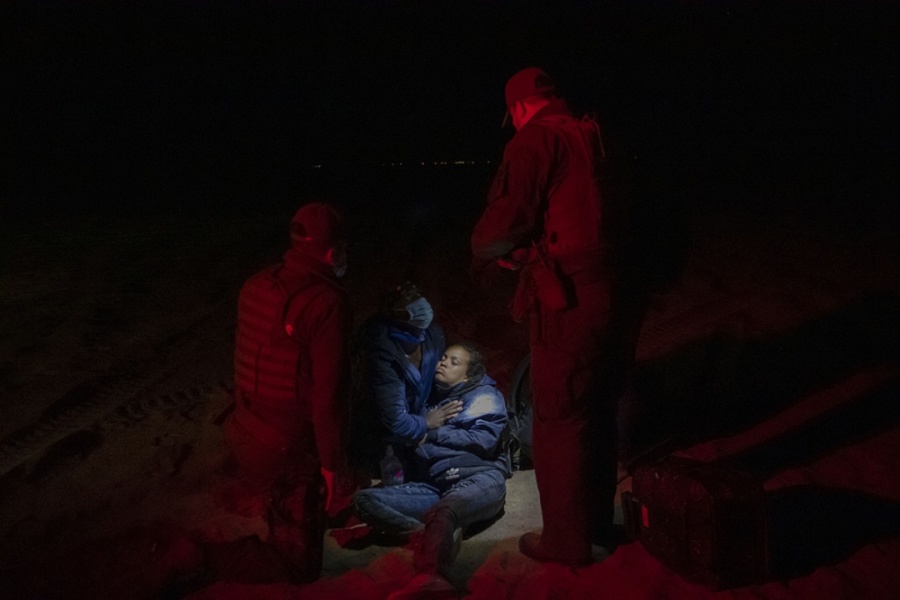 Chilean border police stand next to a Colombian migrant in Arica, Chile, who fainted after being detained while illegally crossing the Chilean border from Peru in September 2021.

Around the world, migration has steadily increased between 2012 to 2021, with 3.6 per cent of the world’s population now living outside their country of origin. Over this decade, the number of people displaced due to conflict, violence, and human rights violations has more than doubled to 89.3 million, the most since the Second World War. As complex emergencies such as natural disasters, internal conflict, and climate change are expected to continue, displaced persons are likely to soon exceed 100 million. Of those displaced, the vast majority are taken in by low and middle-income countries that neighbour the migrants’ home countries.

Since 1992, migration to Chile has skyrocketed due to instability, human rights abuses, and poor living conditions in the migrants’ home countries. Recently, the political and economic crises in Venezuela, drug-related violence in northern Colombia, and endemic poverty in Haiti, have pushed waves of migrants to Chile.  Because of Chile’s border closures and immigration restrictions enacted in response to the COVID-19 pandemic starting in 2020, even asylum-seekers have been turned away from the country’s official entry points.  In 2021, the United Nations High Commissioner for Refugees urged Chile to stop summary deportations of migrants and instead assess individual refugee cases, as required by international law.