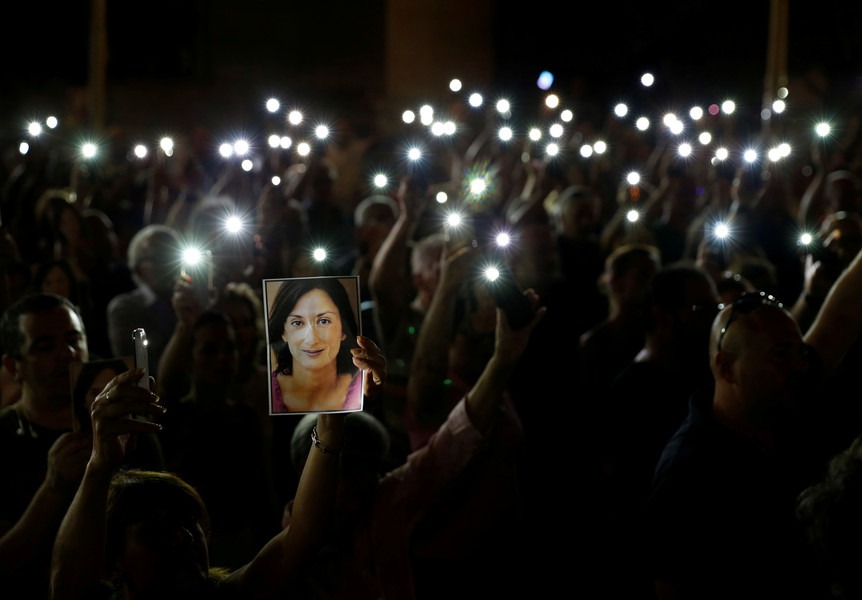 In this image, taken September 16, 2018, people raise their mobile phone lights during a monthly vigil and protest calling for justice in the case of Daphne Caruana Galizia. Daphne was a leading investigative journalist who courageously exposed corruption and criminal behaviour at the highest levels of government in Malta. She was assassinated with a car bomb on October 16, 2017, not far from her home. Shortly after, three men were charged with carrying out her murder. A year after the charges, investigators announced they had identified the alleged masterminds, but as of early December 2018, have still not released their names. Activism around Daphne’s death continues to drive the movement against corruption and for transparency forward.

Malta-born photojournalist Darrin Zammit Lupi is a widely-published contract photographer with Reuters. His book Isle Landers, documenting the plight and tragedy of migrants trying to reach European shores from Africa, was published in 2014. As a Reuters photographer in Malta, he has been closely involved in The Daphne Project.