Falafel With A Side of Tear Gas 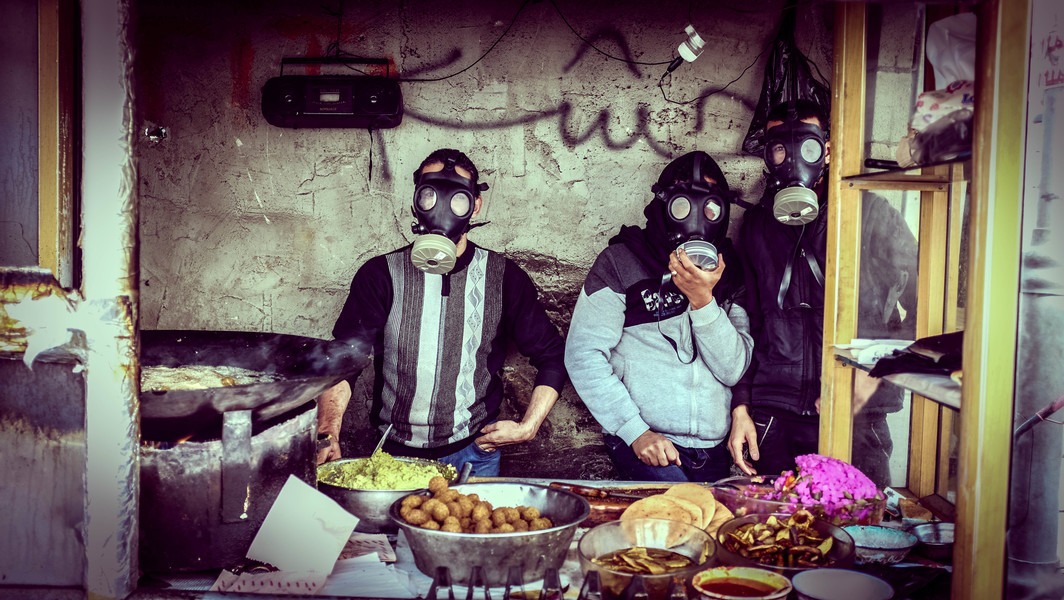 Falafel With A Side of Tear Gas

Image from Palestine, by Shadi Rahimi

Three men selling falafel calmly place gas masks across their faces while awaiting customers at a market in Hebron, the largest city in the West Bank, an occupied Palestinian territory. This image was captured in 2015 during clashes between young Palestinians and Israeli forces. Tear gas had been fired several blocks away during a protest march for Palestinians killed by Israeli soldiers.

Shadi Rahimi is a photographer and a senior producer for AJ+, Al Jazeera's online news channel.