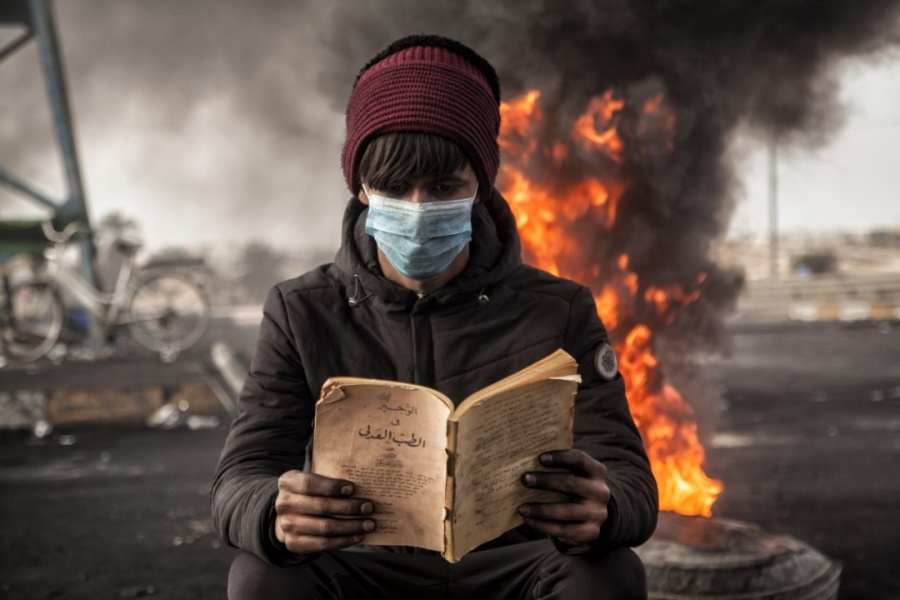 This photograph shows a young man during the 2019-2020 Iraqi October Revolution protests against widespread corruption. The majority of protestors are under 30, frustrated with a lack of opportunity and dismal living standards, despite Iraq’s significant oil resources.

The government response has been violent. Security forces in Baghdad opened fire on protestors, fueling even larger protests throughout the country. Iraq’s Prime Minister resigned, but demonstrators are calling for more drastic reforms, pointing to systemic factors responsible for widespread corruption. Security forces have been responsible for many civilian casualties; more than 600 protestors have been killed, and more than 20,000 injured. Over 2,000 demonstrators have been arrested, many still in detention, and some charged with terrorism, which carries the death penalty in Iraq. The protests have been quashed by the government, but the unrest that ignited them remains. The government has called for an investigation into the use of force during the protests, but political infighting in parliament and the question of attribution remains, threatening investigation and reconciliation efforts.