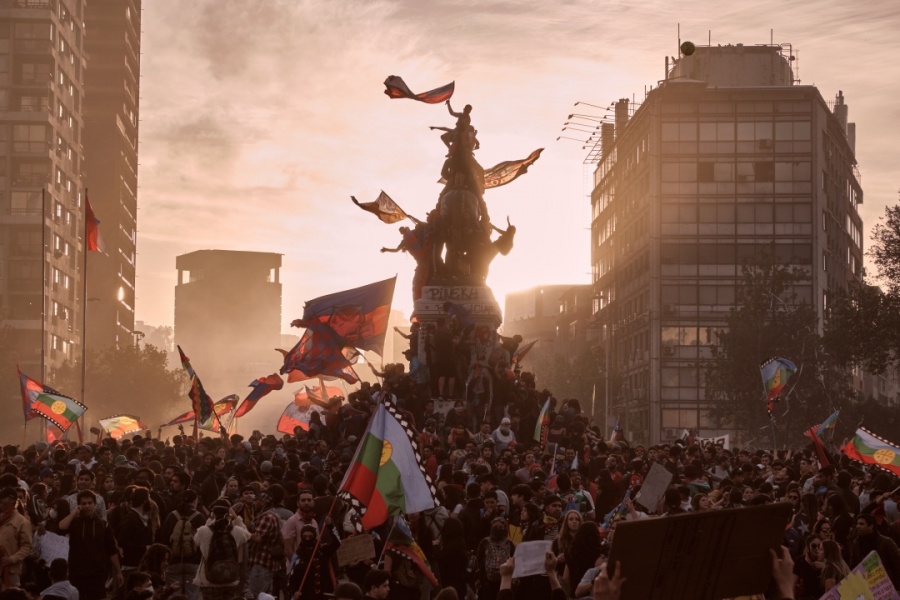 This photograph from October 2019 shows protests in the Plaza Italia, in Santiago, the capital of Chile, moments before it was disrupted by police forces using tear gas and rubber bullets.

Protests in Santiago began in October 2019, initiated by youth in response to increases in public transit fares. Government attempts to mitigate unrest by declaring a state of emergency and imposing a curfew were met with growing civil disobedience and civil action. Over the following weeks, due in part to the President’s response, the protests expanded to other cities throughout Chile and grew to include public grievances on widespread poverty and massive inequality. Chile’s income gap is 65% wider than the OECD average, and privatized education, health care, and pension systems place additional burdens on already impoverished Chileans.

Media outlets and human rights organizations – both within and outside Chile – have condemned the police response for using unnecessary and excessive force. Since the protests began, more than 7,000 protesters have been detained, over 2,300 injured, and 23 killed.